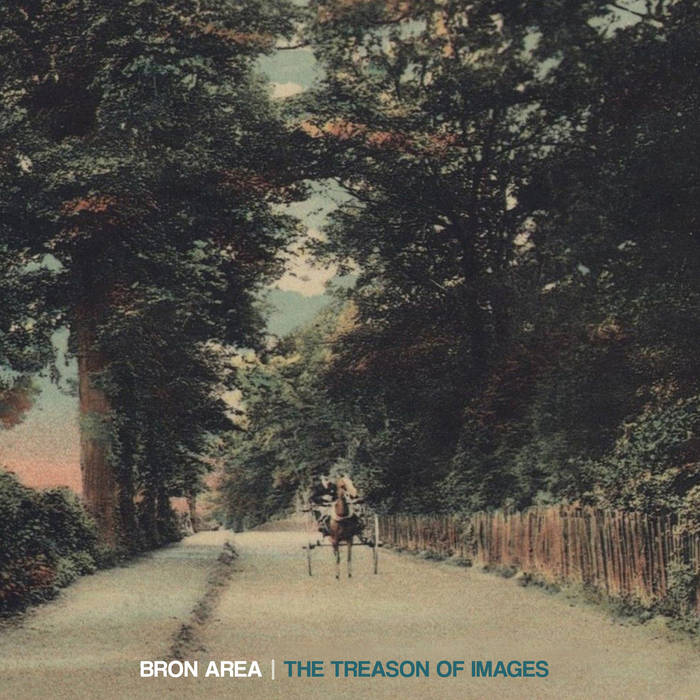 The Treason of Images was released on November 28, 2016.
Available only as a download album from the label’s Bandcamp page.
The album contains their much sought after first Fragile Sentences 7” Ep released on Ambivalent Scale Recordings. The extra material comes from later recordings made after (ca. 85-92) the band split up in 1983 after the release of their The Trees and the Villages album on Glass records. This release helps to give a more complete view of the band’s works. 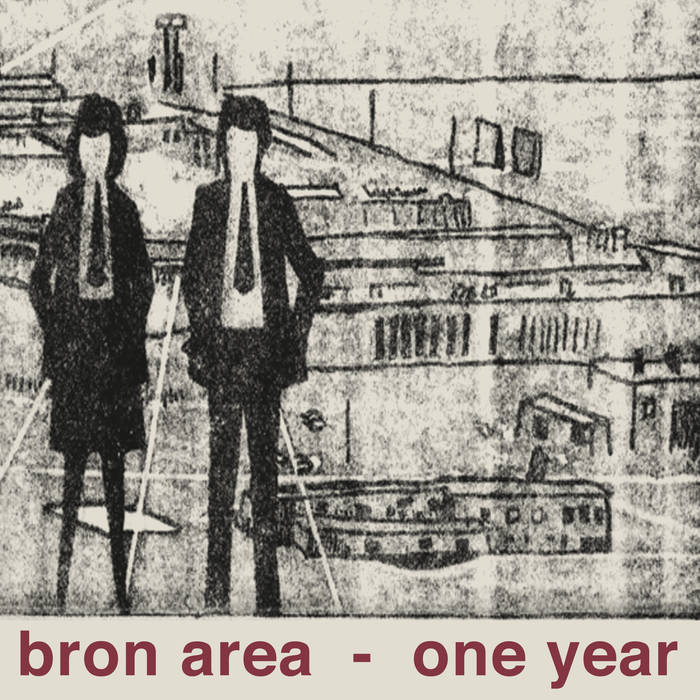 One Year and now we finally have available yet again the old cassette-only release previously out on the Eyeless In Gaza label: Ambivalent Scale recordings in 1980. Released on November 25, 2016
Available only as a download album from the label’s Bandcamp page.
The album contains two live recordings in very different styles showing their progress. Maybe one would have wished to have more and better sounding live material released as well, but this is a good start! 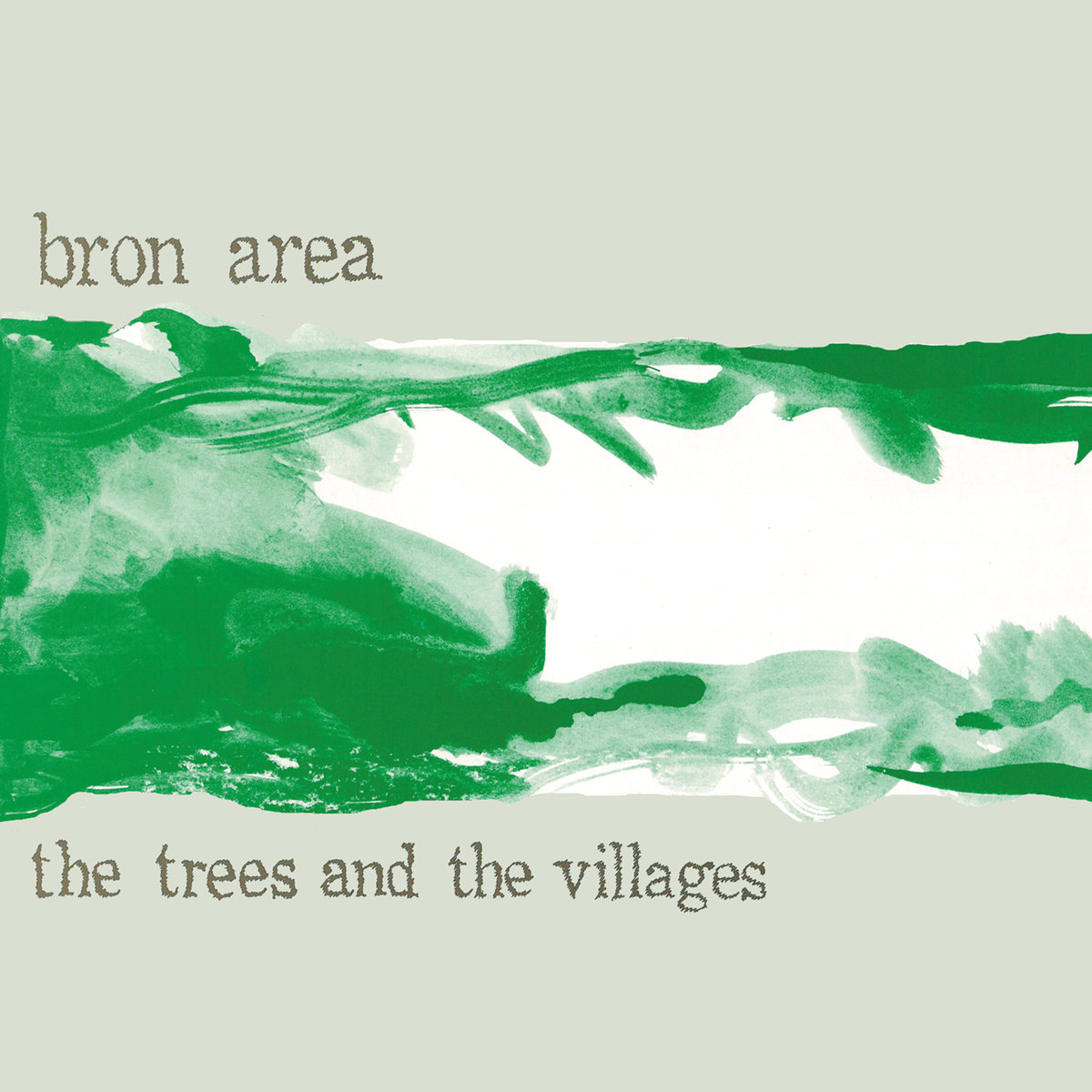 The Trees and the Villagesfinally released on CD through Glass Redux, July 15, 2016.
Available as CD or as download album from the label’s Bandcamp page.
The re-mastered album also includes the two exclusive tracks from their Glass 12” Ep Different Phrases. An important album that has had a lot of influence, but which was soon hard to get hold of after the release.

Discography followed by a short biography from Glass Records (included with their Lp).

Some songs included in part two are from our days as a duo. These have been reworked into the present set with a (*).

Recorded live and with Kev Harrison. Vocal on ‘Calling Michael’ by Isabelle. Saxophone (you’ll be lucky) by Dave. Commentry on ‘Where is She Now?’ by John.

Bron Area began in March 1979 as a duo playing songs at small gigs mostly to friends. Steven had been playing piano for 4 years and sang in a punk band Addix through ’77. Martin had played ‘My Way’ to drunks in social clubs on the organ for some time, and played punk R&B band Radiation One before joining Bron Area. The music from those days as a duo are summarised in part one.

Since then their music has become somewhat more agressive, and they have acquired a guitarist, Alain. He played in several bands in France until he moved to Brighton and was a founder member of The Squares. He then moved to Coventry and joined Bron Area after a jam. The music of this period is catalogued in part two.

To start at the beginning: Bron Area started life as a duo in March 1979, emerging from an embryo of musicians in Nuneaton. Martin Packwood and Steven Parker had been involved in a number of these before meeting a wider and more competent group of musicians. Notably among these was Peter Becker who supported and encouraged them in the early stages of Bron Area. With the reorganization of The Reluctant Stereotypes, resulting in the departure of Martyn Bates and Chris Dunne (later to drum on all later Bron Area records) the former arrived at a Bron gig to be introduced to Peter and thus Eyeless In Gaza came into being. Ambivalent Scale Recordings was later established and saw the release of Bron Area’s One Year cassette album and Fragile Sentences Ep as well as Eyeless In Gaza’s Kodak Ghosts Run Amok Ep and Kevin Harrison’s On Earth 2 cassette (later released as a Cherry Red album [remixed]). As Eyeless moved on to greater glory via their deal with Cherry Red Records, the momentum of Nuneaton’s music scene diminished, Bron Area subdued their efforts somewhat until David Barker of Glass Records, having heard 2 songs from the Alternative Sounds fanzines compilation tape Facet 1 asked them to appear on his Wonderful World of Glass Vol. 1 Lp at the end of 1981. So impressed was Mr. Barker that on the strength of a recent demo tape Bron Area were signed to Glass at the beginning of 1982. The first vinyl was a 12” Ep entitled ‘Different Phrases’ released in March ’82 and later released as a 7” on Posh Boy Records in the USA. Now, after the best part of 1982 being spent in the recording studio Bron Area’s first album is ready. The album is The Trees and the Villages – a title which suggests the sentiments of their present music. Although not quite as described in Stringent Measures fanzine “a modern day country music … with a little organic additive” it does through different means seek to fulfill the same role as that music. Martin Packwood: “The album doesn’t take risks, but I really don’t see how any music could claim to do so. The only thing you risk in being avant garde is that no one is going to buy the record and listen to what you have to offer. People take risks in their lives – in their decisions, their lifestyles and so on – not when they listen to a record.”